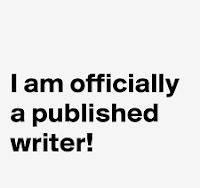 Who knew this day would come?

One of Raft3r’s writings has found its way to the top news website in the Philippines! This is probably the closest thing I’ll ever get to being published.

Full and unedited text is below.

Online article, on the other hand, appears here.

Confucius said it best: Choose a job you love, and you will never have to work a day in your life. I adhere to his philosophy.

My job has taken me all over the Philippines, most states in America and even to some remote parts of the Pacific like the Marshall Islands. Yup, I’m one lucky bastard.

To say that I love my job would be an understatement. Getting paid to travel is every adventure seeker’s fantasy. The travel bug in me screams in delight every time a new assignment is given.

Recently I went to Siquijor with my American boss.

Ah, just the mere mention of its name can send shivers down the spine of many. I’m not one of them though. Being a huge fan of horror movies and all things scary, I immediately welcomed the opportunity to visit a place known for black magic and the supernatural. Besides, getting lost in a mystical island with a foreigner would make an excellent bedtime story for my future grandchildren.

I heard so many cool things about Siquijor: pristine beaches, the enchanted Balete tree, waterfalls. I was excited to see them all.

The most thrilling part, of course, is the so-called dark side of Siquijor. After all, it wasn’t called “Island of Fire” by the Spanish colonizers for nothing. I wanted an encounter with the occult. I knew it was a business trip but I still wanted to satisfy my craving for an adventure with the unknown. I was excited as hell.

To get there, we traveled by air (Manila to Dumaguete), sea (Dumaguete to Siquijor), and land (Siquijor Pier to Coco Grove). Pretty cool, huh? The private yacht was just an icing on the cake.

When we finally docked in Siquijor, we were immediately captivated by its beauty. Just look at the majestic scenery that greeted us. It took us almost a half a day of traveling but it was worth it. 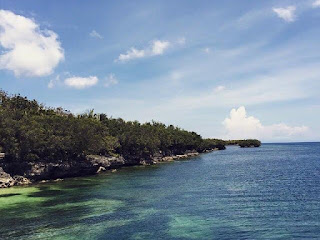 Prior to the trip, my dad and a few acquaintances kept warning me against accepting food and drinks from strangers while in Siquijor. I don’t know if the warning was because of my insatiable appetite or the fact that people still think that Siquijor is one big spooky place.

Beware of the mambabarang (local voodoo doctor), so they say. I certainly did not heed their warning. In fact, I came looking for the mambabarangs of Siquijor. I was on a prowl.

Without the mambabarang, we settled for the next big thing. Our tour guide took us to a healer with the American as the willing victim. The healer was a young lady in her early twenties. She claimed her gift of healing was inherited from her lolo (grandfather). Healer asked which part of the American’s body needed some fine tuning. “The back,” said the latter.

Armed with warm water, a bottle, a straw, and a mysterious black stone, the healer began to work her magic on my boss. She started rubbing the bottle with warm water against the American’s back. This went on for about five minutes.

The American looked very uneasy. At that point, I was just glad I wasn’t the volunteer. I had the entire ordeal videotaped. I kinda figured it would be good to use for blackmail, at some point in time.

When it was all over, I asked my boss how the experience was. The American said it felt more like massage than a healing.

There goes your black magic.

The Quiet Things That No One Ever Knows 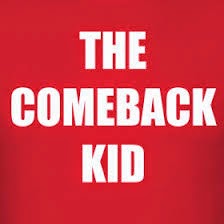 Interested to find out what’s been happening to the adventurous single guy since The Deadbeat Club shut down in 2013?


Post script: This entry is dedicated to one of my very best friends. Happy birthday, Oishi!!!
Posted by Raft3r at 12:31 AM 42 comments: