The Mirror Has Two Faces 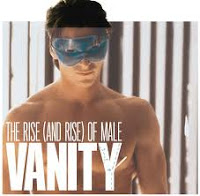 (Raft3r excluded) there is a growing number of men who are so into themselves.
In any public restroom, I have noticed a lot of guys spending so much time looking at themselves in the mirror. I thought only women do that sort of thing.
There is a huge difference in wanting to look presentable and just being vain.
Men who spend considerable time in staring at their reflections - from every possible angle - never ceases to amaze me.
By the way, checking yourself out in the mirror just not actually change how you really look.
Posted by Raft3r at 9:10 PM 46 comments: 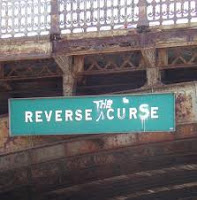 Is having an ugly baby a curse?
I'm afraid mine would be one just because I like to ridicule others.
Posted by Raft3r at 7:57 PM 42 comments:

I Am Number Four 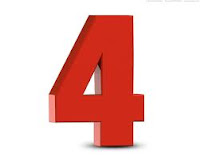 The Deadbeat Club is now on its fourth year!

The following are just some of the memorable lines in the past 365 days:

My Sony Bravia is such a thing of beauty I could practically marry the bitch.
(Technology Is A Dead Bird)

How dumb am I that I can be duped by my own flesh and blood?
(Idiot)

A beautiful and expensive wedding does not make a happy marriage last
forever.
(An Ideal Husband)

T-Bag has nothing on Lots-O'-Huggin' Bear.
(Even Better Than The Real Thing)

For a change, I did something good for myself.
(Cool Change)

As God as my witness, I will never fly budget again.
(Lost And Found)

Nothing like a bevy of beauties with dark underarms to ruin an otherwise
perfect vacation in paradise.
(Another Day In Paradise)

Though walking is a good form of exercise, it also works out one's appetite.
(These Boots Were Made For Walkin')

The one thing I detest most in the world is a coward.
(Death And All His Friends)

Smile. Life is awesome.
(Finally Made Me Happy)

Why are most dogs cuter than their human owners?
(Who Let The Dogs Out)

Only in Mali Bay will you find unscrupulous people who would be interested in a half breed and sell it for a profit.
(Taken)

Whenever I run into a 70 year old man holding hands and being affectionate with a 20 year old chick, I see love.
(It Must Have Been Love)

I believe a lot of people are suckers for love.
(Affirmation)

I just don't have the heart to summon someone to take my order and bring me my drink when the waiter is way shorter than my 7 year old niece.
(All The Small Things)

I live a very sad life these days.
(I Do Not Want What I Haven't Got)

Am I really that butt ugly in person?
(Right Track Wrong Train)

Not every Filipino likes Charice.
(Learning The Hard Way)

For more than two years, I have gone commando.
(Revelations)

But can there be love without sex?
(Sex And Candy)

I don't care much for most humans. But I love all dogs.
(All Dogs Go To Heaven)

You are delusional if you think you can change me.
(Born This Way)

A 35 year old man being accompanied by his mother to a doctor's appointment is just plain embarrassing.
(Made For TV Movie)

Now that you found an scapegoat in everyone's favorite bitch, may we know what your next move is?
(Dear Mr. President)

A man in red underwear is a sight for sore eyes.
(Temptation Island)

Happiness does not normally equate to righteousness.
(If It Makes You Happy)

Watching a 60 year old lady eat a hotdog on a stick and seeing her lick it is just plain disgusting.
(Lick It)

How do you politely tell the proud parents that their child looks like a monkey?
(Break It To Me Gently)

Can I just ask out your officemate on a date to lessen her worries?
(Help Is On The Way)

When a man, who you hardly know and is not even your friend, sends you text messages about his whereabouts and even tells you that he is on his way home, what does that mean?
(Clueless)

Mistakes are there for a reason. But I don't think they are made so you can become the butt of all jokes.
(How It Feels)

Instead of idolizing panty-less celebrities, cocaine sniffing socialites, and an ungrateful starlet, our youth should emulate Janela Lelis of Malinao, Albay.
(Praise You)

You don't need a partner to be complete.
(Sometimes You Can't Make It On Your Own)

How does it feel to have someone who you can't live without?
(If I Ain't Got You)

My childhood musical hero was Milli Vanilli.
(Blame It On The Rain)

I will never run after an ex.
(Never Again)

When does love turn into an obligation?
(What's Love Got To Do With It)

The scariest film of all time is Titanic.
(Halloween)

Raft3r is now - officially - a commuter. This means the stress level is twice as high and the urge to hurt or (let alone) kill someone has almost become uncontrollable.
(Danger Zone)

Bakit hindi ba ako magbabayad! (Am I not a paying customer!)
(Mr. Brightside)

Tongue or no tongue?
(Politics Of Kissing)

Like any other merchandise from the Lopez Empire, No Other Woman is nothing else but pure hype.
(All That Glitters Isn't Gold)

Why are relationships so full of drama? Why can't we just have fun?
(Every Teardrop Is A Waterfall)

So the next time you open your ignorant American piehole, get your facts straight.
(The American)

No one disrespects Raft3r and gets away with it.
(I Wanna Be A Supermodel)

I dunno anyone who goes to a buffet just for the salad.
(Cater 2 U)

Gloria's present predicament - by far - has more twists and turns than your usual telenovela.
(Crazy Bitch)

Man hating won't get you anywhere.
(How Stella Got Her Groove Back)

I will be a better man for you.
(Tomorrow I Will Be Yours)

Unlike most of Raft3r's dates, Siri always delivers and never disappoints.
(You And I Both)

I am the guy who will marry for all the wrong reasons.
(Will You Marry Me)

In a split second, relationships can turn tragic. That is why I choose to remain single.
(Troublemaker)

Time is a bitch. You can never have it back.
(SexyBack)

Indeed, recession has finally hit home.
(All Falls Down)

If Unkabogable Praybeyt Benjamin (so they say) is the highest grossing local film of all time, what does that say about the Filipino movie-going audience?
(Say What?!)

Something To Talk About 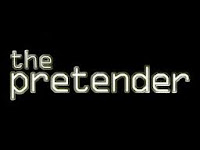 It's January and no travel plans have been made.

Nothing has been set in stone.

This is alarming. Since by this time, my family should be in Hong Kong. We always celebrate my niece's birthday there. Always.

Armed with a limited budget, 2012 will be very boring.

Besides a winter trip to Colorado, I have nothing else. 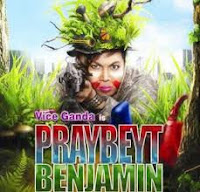 If Unkabogable Praybeyt Benjamin (so they say) is the highest grossing local film of all time, what does that say about the Filipino movie-going audience?
Posted by Raft3r at 2:07 PM 47 comments:

To tweet or not to tweet?
That is the question.
With the impending end of The Deadbeat Club, Raft3r is looking for an alternative way to keep his online existence afloat.
I opened a Twitter account awhile back just to follow Janet. But I have never gone around to using it.
A lot of friends have commented that my one-liners would fit in nicely with Twitter.
Still, I am undecided.
I have one valid concern.
I'm afraid people will not follow me.
Posted by Raft3r at 8:11 AM 53 comments:

Single life is anything but boring.

Let me count the ways:

2. You are in control. No one can tell you what you can and cannot do.

5. If you screw everything up, the single life is not for you. Marry right away.
Posted by Raft3r at 5:21 PM 46 comments: