The first seven days is always the hardest, so I’ve heard.
Baltimore isn’t that scary as most people would like to assume. I grew up in a pretty tough neighborhood. Nothing fazes me anymore.
Maryland is just a walk in the park as compared to my beloved Mali Bay.
Raft3r’s first week in Baltimore has been stressful. Training takes up most of my time.
My company issued credit card hasn’t arrived yet. So spending has not been big on the agenda. But I did throw away a hundred bucks on DVDs. Season 1 of The X-Files is slamming.
I walked around and discovered some cool places. They got great restaurants. But prices are a bit too steep. So far, I have only visited Hooters. Man, was it heaven.
The grocery near the hotel is quite posh. Everything they sell is organic. I bought fruits and greens. Raft3r is slowing turning into a goat.
I just got home from clubbing. It was fun. My classmates and I went to this great bar called the Latin Palace. It was salsa night.
We danced like there was no tomorrow. Ole!
Posted by Raft3r at 6:44 AM 29 comments:

Raft3r has not set foot in mainland US mainland in more than a decade.
I can still fondly recall my first visit there.
Raft3r was fresh out of college, unemployed, and roamed the streets of Chicago like an idiot. It was awesome!
Back then, Baywatch and Pam Anderson were hot items.
I remembered stepping out of O’Hare International Airport expecting all chicks to have smashing Baywatch knockers and slimmed down sexy bodies.
What appeared before me were big boned ladies and overweight Americans.
The US sure knows how to market their country overseas.
Raft3r was completely devastated.
Posted by Raft3r at 7:06 PM 23 comments:

Raft3r just learned the stopover for the next trip is Japan.
I always liked that country. Regardless of the ruthlessness their people did to my ancestors, Japan remains to be a dream destination.
By accident, I was able to have an extended stay in Narita a couple of years back. Raft3r is using the term accident in the strictest sense of the word.
This is what transpired.
I was on my way back to Manila. The plane I was on encountered some problems with turbulence.
At first, the flight became a little shaky. That was fine. Then we hit the big one. Jackpot! Raft3r practically jumped out of his seat because of the strong turbulence.
To calm the passengers, the pilot made an announcement that we were experiencing some minor turbulence and that we were making an emergency landing in Japan. That freaked people out more.
Upon arrival in Narita, passengers were escorted to a shuttle and headed off to Radisson Hotel.
While the airline tried to figure out what to do next, we were advised to spend an extra day in Japan.
Instead of calling home to advise the folks of the delayed flight, I headed off to a nearby bar and partied .
Man, was it a blast!
Posted by Raft3r at 7:53 AM 22 comments:

Here are a few fun facts of the city I will call home for the next three months.

1. According to the FBI, Baltimore was the Most Crime Violent of the 25 largest US cities in early 2000.

2. Based on a CDC Surveillance Report, Baltimore ranked second in the US for reported AIDS cases.

3. Baltimore has been assessed by an NGO as the third Most Kid Unfriendly City in the country.

4. The Baltimore Sun reported one of every eight Baltimore residents is a drug addict.

5. Mayor O’Malley proclaimed Baltimore as the Juvenile Murder Capital of America in 2002.

6. Baltimore, as stated in the Baltimore Sun, is the Heroin Capital of the country.

Post script: A shout out to Grantorino is in order.
Posted by Raft3r at 5:30 AM 26 comments: 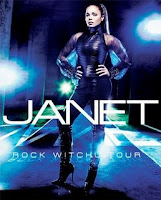 Never mind the job promotion and its accompanying training in the US. What I am so hyped up about is Janet’s Rock Witchu Tour. Now, that is the main event!

Yes, Raft3r gets to watch his wife perform live on stage. The last time I saw her was on the “janet.” tour in Manila. That was more than a decade ago.

As fate would have it, I will be in the US just in time for my wife’s first world tour in seven long years.

I already purchased a front row ticket for the opening concert of her US leg in Oakland, California on September 13. I can’t wait!

Raft3r will no longer dwell on his ordeals in getting good seats for the concert. Love, after all, has no boundaries.

Raft3r wanted the VIP pass which included a security escort, seats on an elevated part of the main floor, Janet goodies, and so much more.

Sadly, the package’s for two people. I will be flying solo on the said event.

Wait. Lemme rephrase that. Janet is my date for the evening.
Posted by Raft3r at 6:57 AM 27 comments:

Raft3r is one terrible driver.

I disregard traffic laws, drive away from apprehending traffic enforcers, enter one way streets, park wherever I want, and step on the gas pedal like there is no tomorrow.

I first learned to drive by taking our then Toyota Corolla for a spin when everyone has gone to bed at night.

I would quietly open the garage and sneak out. Of course, folks at home would notice I took the car out when they see bumps on the Corolla the following day.

After several years on the road and a lot of trash talk exchanges with bus and cab drivers, I am quite adept in driving around the metropolis.

I remembered my recent Majuro trip. They only have one main road that leads almost to everywhere. They have no traffic lights. No traffic enforcers. Plus, the speed limit is only 25km/h!

Raft3r drove there, too. Chickens on the roadside constantly ran for their lives.
Posted by Raft3r at 7:06 PM 19 comments:

The Case Of The Fake People

How do you deal with them?

As much as we hate to admit it, they are all around us. They may be found in the office, in the gym, in the neighborhood, in school, and (heaven forbid) even in church.

They lurk in the dark. They are equally visible during daylight. They are amongst us.

The thing I most despise about them is that they are hard to identify. They may appear to be the nicest folks around but constantly badmouth you behind your back.

Today is Raft3r’s first day at work for the new position.

Everything is new again. That’s the trouble with switching jobs. It’s unfamiliar territory once more.

You get a new boss, a whole new set of colleagues, and an entirely new approach on things.

Building new friendships is another thing on the agenda.

Being the neophyte in the group, you are also expected to perform at the Christmas party. Oh, man!

Raft3r better start readying his dancing shoes.
Posted by Raft3r at 4:58 AM 21 comments:

I, for one, am totally against it.

Work is stressful enough in itself. Why go through the hassle of mixing it up with love? Plus the hassle of running into your significant other in the office hallway can be quite distracting.

May be this kind of set up would work better for married spouses but not for couples who are just dating. Wedded bliss comes with its own baggage, wife included.

Girls might be into the whole togetherness thing. But most guys would prefer not to have their girlfriends as officemates. It simply prevents us from flirting.

Over dinner with friends, they kept teasing me about hooking up with some chicks from the office. I frowned on the idea.

A perfect Raft3r relationship is based on distance. The less we see of each other, the better.
Posted by Raft3r at 5:15 AM 33 comments:

You are not gonna believe this.

Raft3r got a promotion. Again!

This is so surreal. God does work in mysterious ways.

I started working for my current employer in 2006. It has been a blast ever since.

On my first year, I helped in apprehending a federal fugitive. Then, I got promoted. Raft3r received three awards so far, two of which came during the first year of service.

On my second year, I was sent overseas for temporary duty.

And now another milestone in Raft3r’s professional career, a second job promotion!

In just two short years, I have moved to three different departments in my company. This is just too much. Luck must really be on my side.

I start my new job in a couple of days. A three month US based training is now in the works.

Raft3r has been in existence long enough to know the difference between men and women.