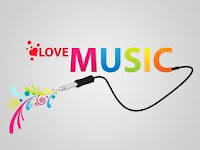 Sex sells.
That was once the battle cry of the music industry.
Madonna has made a fortune by flaunting her sexuality.
Britney Spears is also a strong advocate of this cause that she chooses to go commando any day of the week.
Janet and her notorious hands over breasts Rolling Stone cover made headlines and remains to be one of the top selling issues in the magazine's history.
But these days, it seems the music industry is singing a different tune.
Angst is the new sex.
Perfect example is Adele who just swept the Grammys.
Let's not forget the Queen of Angst, Alanis Morissette. Jagged Little Pill sold a gazillion copies. The more enlightened she became, the lesser albums she sold.
Clearly, music enthusiasts enjoy angry women.
Given how men are such assholes, women will have plenty to sing about in the years to come.
Posted by Raft3r at 5:13 AM

charlie mama, Why? I like girls who go commando. Hehe

i still go for spice ghurlz!

alanis blast from the past

anonymous, Nyahaha. This is so true.

elsa, But you love assholes! Hehe

archie, Yeah. You and 20 million others in Facebook. Hehe

The more enlightened she became, the lesser albums she sold. - Gandang quote nito. Isn't it ironic, don't u think? :)

wendy, Nyahaha. She was more fun when she was mad.

adele is all bitterness
lol

But at least their angsty songs were expressed in such a good way... brilliant lyrics. Hindi iyong may may maisulat lang at may makanta lang. :)