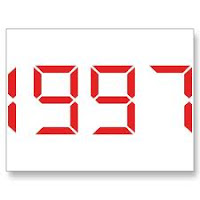 The year was 1997.
At that time:
1) Raft3r graduated from college;
2) Spice Girls was the biggest act in music;
3) Titanic played to sold out movie crowds around the world;
4) Mother Teresa and Princess Diana died;
5) Janet Jackson's Together Again became a huge global hit selling over 6 million copies;
6) UK turned over Hong Kong to China; and
7) Mike Tyson became an ear biting maniac.
Posted by Raft3r at 9:01 PM

jayr, There is no point. Hehe

Gosh, life does pass us by. So ikaw na Raft3r for always making it a point to seize the day!

wendy, Is that what do ba? Hehe

Oo naman. At least you do it more than I and half of the people I know.

anita, Hehe. Who's your fave?

It was a fun and interesting year.

anonymous, Yes. That was also the first time I traveled to the US all by myself. Hehe

LOL! The other side of the fence is always greener sabi nga.

Lol! Ok I'll take your word for it. Hehehe.