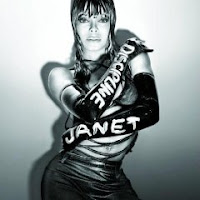 In honor of my wife’s new CD, Discipline, all posts for the month of March will be named after songs and interludes appearing on her smash album.
Discipline entered the Billboard 200 Albums Chart at #1. Number 1, baby! Yeah!
With close to 200,000 units sold on its first week, Janet has finally made a huge comeback.
With two previous failed attempts to overcome her now infamous Nipplegate scandal, Discipline has erased all doubts that Janet is, indeed, a true music icon.
I’m not here to convert Janet haters. Nor am I here to put my two cents work on my wife’s new disc.
The point here is simple. It’s music.
Music, in whatever genre, should be celebrated. It’s good for the soul.
Posted by Raft3r at 7:46 AM

Look at you! You're so giddy!

so how was her album??

mitzi, Love will never do without Janet! :P

ar-dee-see, CD's sick! Although, it's not my most fave Janet album.

pwedeng pwede kapatid! You have all the information about her career and life per se. Yung iba nga walang alam sa account nila but do very well as a publicist, 'kaw pa kaya. Swerte ni Janet, she has you:)

sonnet's, Swerte ko at I have you. Ikaw naman ang publicist ko. =)

Janet has better moves than Madonna does! You won't see Madonna dancing like Janet! Janet rocks!